Stories from the life of the McCabe Educational Trust

Justice and Hope for the Holy Land

For Palestinians, both within Israel and inside the Occupied Territories, the pandemic has meant that no foreigners (pilgrims, tourists, journalists, diplomats etc) have been able to witness (and therefore reduce or prevent) the behaviour of Israeli soldiers and settlers.  For many Palestinian children, the new school year means walking miles every morning and evening with an armed Israeli military escort, to bypass illegal settlements whose residents regularly threaten them.  For farmers, when it isn’t the settlers who try to directly disrupt Palestinians’ olive picking, it’s the Israeli army that prevents it from taking place.  Congratulations to the Revd Alison Askew, a regular McCabe Pilgrimages leader, who had this (slightly edited) letter published by the Church Times in May:

If it wasn’t Israel there would have been international outcry and condemnation of the appalling events seen in East Jerusalem and Gaza.

Of course, because it is Israel, the western press reports events with its usual pro-Israeli bias. The reality is that Israel is the aggressor and the Palestinians yet again are the powerless, voiceless victims.

The current troubles have been precipitated by the unlawful and callous eviction of native Palestinians from the houses that have been legally owned by their families for generations in areas of East Jerusalem – a microcosm of what is happening all over the occupied West Bank of Palestine. The Israeli government not only supports but actively encourages the illegal possession of Palestinian lands for the building of settlements, effectively towns for Jewish people from all over the world who wish to live in Israel. It should be pointed out there is no shortage of housing for Israelis in their own country. Most of the apartments in the settlements are second homes for people who live abroad, many in this country, and some are completely empty. Whilst the Palestinians are driven from their lands with no recourse to the law and no financial compensation, tax breaks and financial incentives are given to those who wish to live in the settlements. This is not about housing Israelis or displaced members of the Jewish faith, it is nothing less than ethnic cleansing, driving indigenous Palestinians from their homes and lands with the stated intention of creating a larger Jewish only Israel. This action has been condemned under international law but nothing is ever done about it.

Yes, of course the Jewish people have the right to a homeland where they can live in peace and safety, but so too have the indigenous Palestinians who have been the victims of oppression and injustice ever since the disingenuous British description of Palestine as ‘a land without people for a people without a land’.

We must continue to condemn the atrocities of the holocaust and all contemporary manifestations of antisemitism, but we need to be reminded that the condemnation of the Israeli government with its policies of ethnic cleansing, oppression and denial of justice is not antisemitism; rather it is taking a stand for human rights and justice.

If it wasn’t Israel wouldn’t we be doing this anyway? 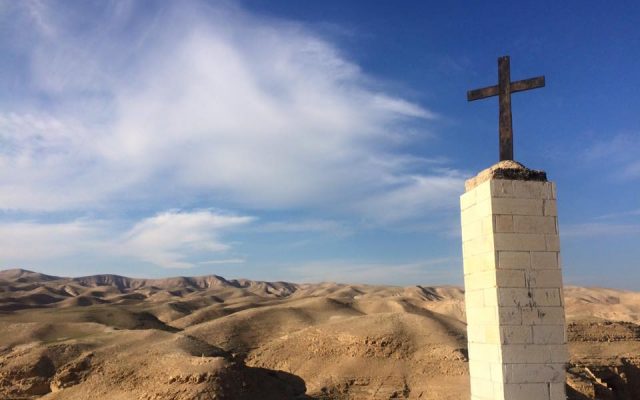