Georgia stands at the crossroads of Europe, Central Asia and the Middle East. It is the home of the legendary Golden Fleece and possibly of the Amazons. St Nino of Cappadocia brought Christianity to Georgia and in 337 and Christianity was proclaimed the state religion.

In the 6th century, the thirteen Holy Syrian Fathers from Antioch strengthened Christianity and founded monasteries in spectacular locations. On our tour through this very friendly country we will visit some early churches, cathedrals and monasteries as well as visiting a refugee project supported by the McCabe Educational Trust.

Eleanor Stoneham who travelled to Georgia with Southwark Cathedral has produced a very readable diary with some fantastic photographs. Click here to view 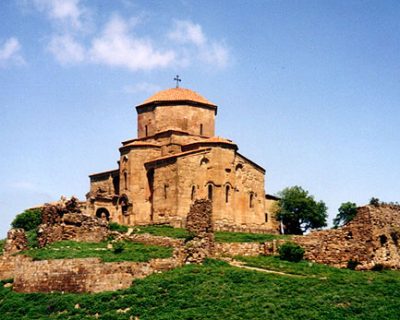 Land of the Golden Fleece

Travels in Holy Georgia and the Caucasus Mountains